Sometime in the past I wrote a post about kisiel. The one that I had was a powdered kisiel I got from our Polish store.

To make it you just need to add the powder to a boiling water and voila! I found it in our Polish store but I’ve never bought it again since.

It’s a European dessert. Its consistency is like a thick syrup. Often made from kompot – at least in our family we used to use it to make kisiel. Sometimes it’s made from fruit juice. To get the thick consistency, in Poland, we use potato starch (flour). Corn starch is very rarely used in cooking in Poland. Instead of those two, lately I discovered that arrowroot is the best to use.

If there is no kompot  or fruit juice kisiel can be made with water, sugar and fresh fruits. I’ve never tried to make it using frozen fruits but I think it might work, as well.

The one that you can get from the store doesn’t have any fruits in it. Just like a pudding it’s a flavored powder, nothing else. These days they make those weird flavors that have nothing to do with fruits. The last time I had one was “cola” (coca-cola) and it was terrible!!!

Homemade it’s a totally different story. To make it you can get creative as much as you want, but stay with the fruits only 😉

For example a few days ago I made a bueberry-pear-apple kisiel from fresh fruits.

It might be serve cold or hot. I prefer to eat kisiel hot. The same is with pudding. I think that serving those two desserts cold is a sin against taste buds. Seriously!!! I’m getting angry just thinking about it.

Anyway, many recipes that you will find on Internet call for huge amounts of sugar. It’s really not that necessary if you use fresh fruits. The fruits will give it the natural sweetness and, at the end you could serve it with a whipped cream. 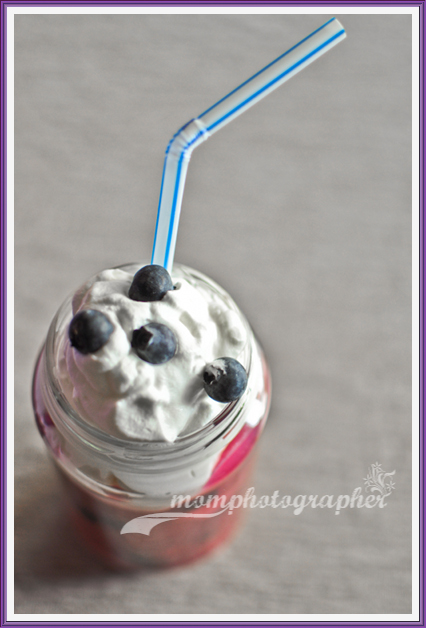 This is my recipe

1/2 cup apple (I always use granny smith), peeled and chopped into small pieces

Cook chopped apple and pear in sugar and 2 1/2 cup of water for about 5 minutes – until the fruits are soft but not mushy. Add blueberries and cook another 3 minutes stirring often. In the remaining 1/2 cold water dissolve the corn starch (or whatever starch you’re using). Mix it with the fruit-sugar mixture. Stir until it thickens.

As I said, you can serve it cold, hot or slightly warm.

In my opinion the dessert tastes the best on the next day. You can store it in fridge for a few days. Whenever you’re ready to eat it just heat it up again (or not) and enjoy.

If it’s not sweet enough you can always add sugar.

If the consistency is not thick enough for you add more starch (first dissolve it in a tiny bit of cold water). I remember my mom used to make it almost like water. She would add almost no starch. She liked to drink it from a cup like it was a tea. I like mine somehow thick but not too thick.

… at the end enjoy watching your kids gobbling it up!!!