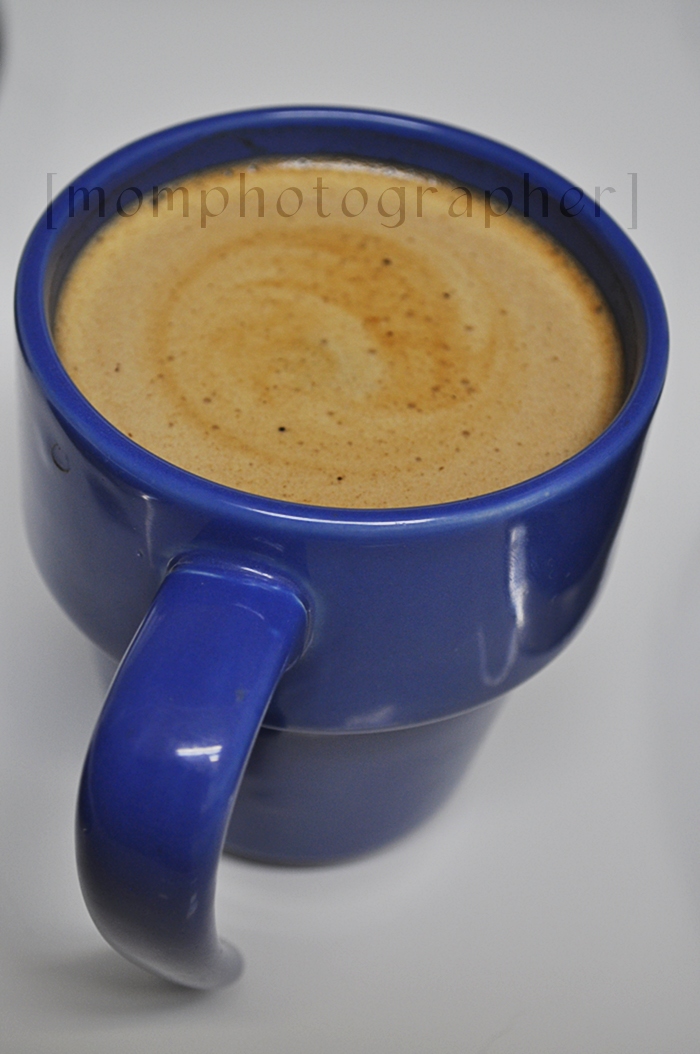 We got up very early today. So coffee was definitely needed…

… and after I had my breakfast and our Hungry Butt had hers we were practising being simply happy. Dad was gone so we could listen to Aretha Franklin (dad doesn’t like her) really loud, dance and bang on the toys pretending they are drums. We had our private music lesson 🙂

After that she had to rest for a while laying on the floor and goofing off to my camera.

It’s a rule that when we play doggy wants to play, too. She is jealous all the time and I know we do not give her the same amount of attention as we used to, so today we tried to play all together.

Just look at her… Those puppy eyes were begging for some attention and love.

I do not think that it was what she actually was hoping for but… better that than nothing…. she thought (I bet) 🙂

After a while she was saved by our monkey’s hunger.

Amnaam (what sound like “amniam” in Polish) and everything needs to be dropped. We go to the kitchen she points at the fridge/tried to open it, goes back to her high chair and pushes it to the table. 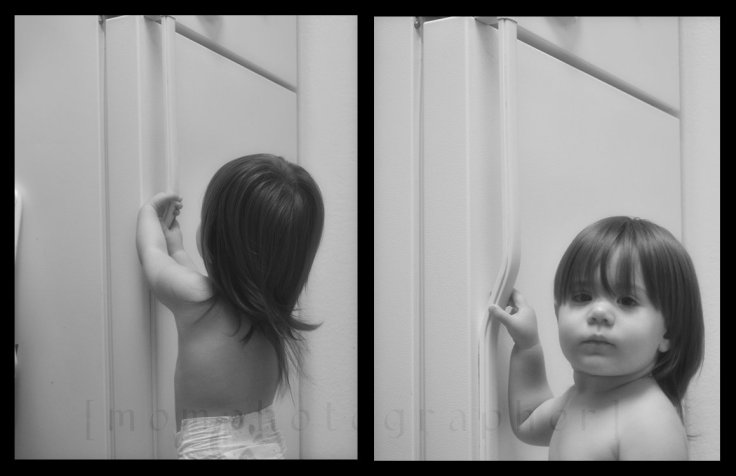 Today she learned how to climb on her high chair. She was practising it all day yesterday and today she finally did it. I’ll take some picture of that process sometime later. Today I was too worried watching her and trying to stay close in case if she falls down. Should I prohibit her from doing that?! I don’t think so. The more often she falls the more tough she’ll get 🙂

Have a great day, everybody! 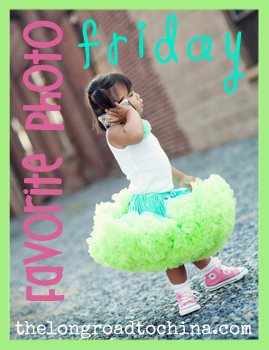