My knowledge about motorcycle clubs is what my husband told me about it and… he told me a lot. Do I remember everything… hmm… That’s the question. lol

I read two books about Hell’s Angels. One by Chuck Zito (really enjoyed that one) and one… don’t even remember… it was something about Sonny Barger. Now I remember that there is a book about Hell’s Angels written by Hunter Thompson. Wouldn’t mind to read that.

Anyway what I’m trying to say is that having a chance of going to the funeral of the president of the San Jose chapter of the Hell’s Angels motorcycle club was really exciting for me.

He was gunned down a few weeks ago in Reno.

Right after we heard about it on the news my husband informed me that he really would like to go to the funeral. So we went.

being on the motorcycle I realized how I’ve missed riding with my husband 😦 I wish we had the time to do that more often. Maybe when we are old and free from kid(s) 🙂 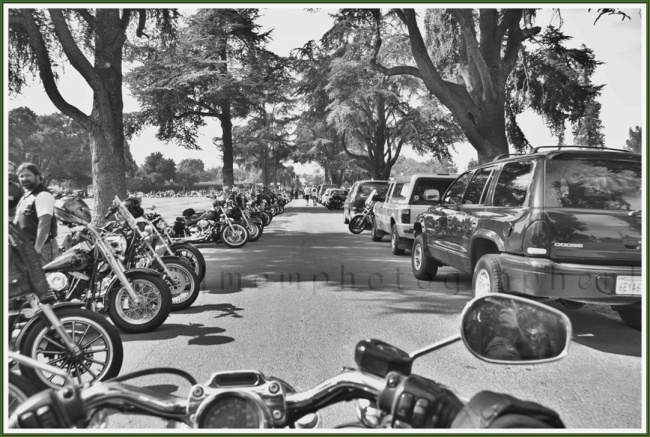 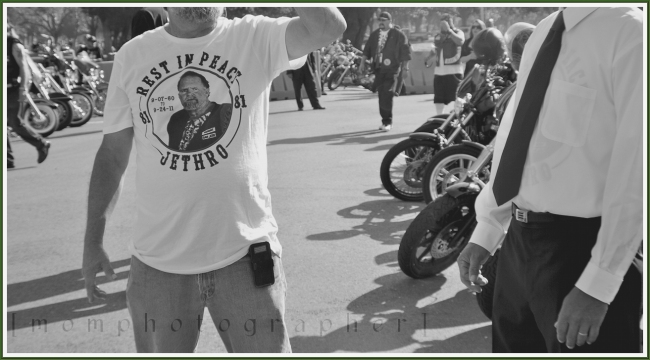 After we got there I was lectured by my husband what to do, what not to do, what to say or how to act if something happens, and so on…, and of course to stay close to him. Just in case.

After I saw a guy with that patch I wasn’t sure if I will be able to say “thank you” for letting me take that picture. 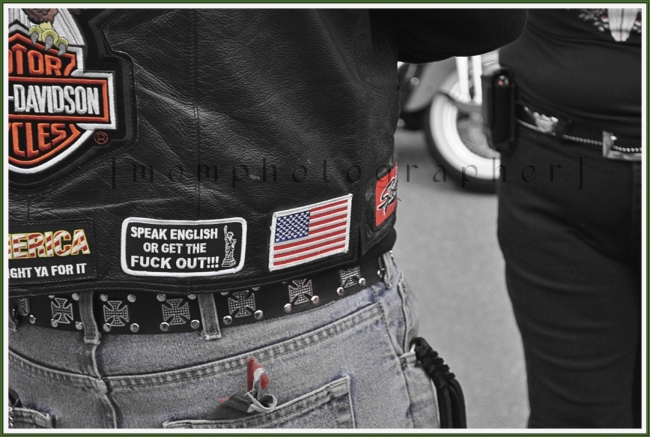 With a fear in my eyes I said it (trying really hard to hide my accent) just to hear them joking about having a camera like mine or being able to use it. I slowly backed away in a jungle of motorcycles pretending I’m busy with taking pictures 🙂 Actually I wasn’t pretending… but still… didn’t want to stick around. 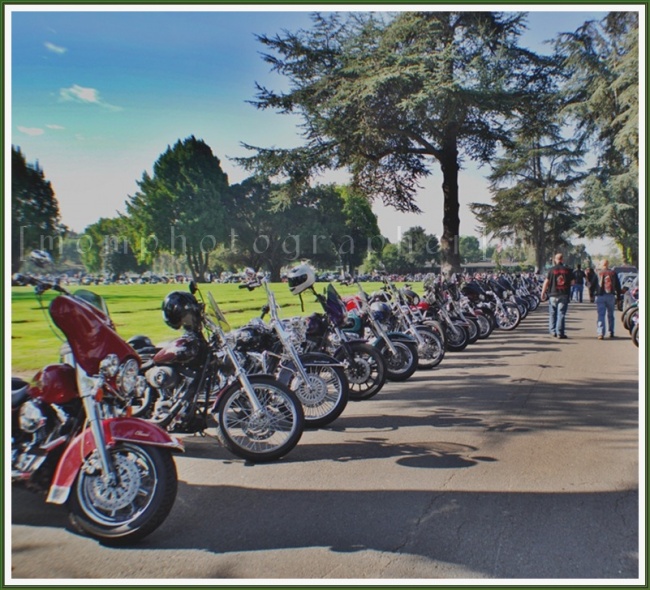 There were a thousands and thousands of people and motorcycles. Among all those different clubs I saw Hell’s Angels clubs from Washington, New York, New Hampshire, Ohio, Sacramento, Oakland. I bet there were more but I didn’t notice them.

Among those there were a few people trying to get attention by being simply dumb. That girl looked really ridiculous trying to climb up there without exposing her panties and at the same time pretending like she is very shy about that. It didn’t matter that her two girlfriends were wearing jeans and actually it would be much better for them to climb up there and take a few shots.

My husband always asks me why I am so mean talking about those kind of situation and the people taking part in them. Because I am jealous of people with brain damage or lacking brain in general, and of the courage of showing it off every place I go. Simple as that.

Anyway, right before we left my husband pointed at the building across the street… :

There were police everywhere, but those up there were especially funny. I’m not actually sure but is he really doing what I think he is? (picking his nose on post.lol) 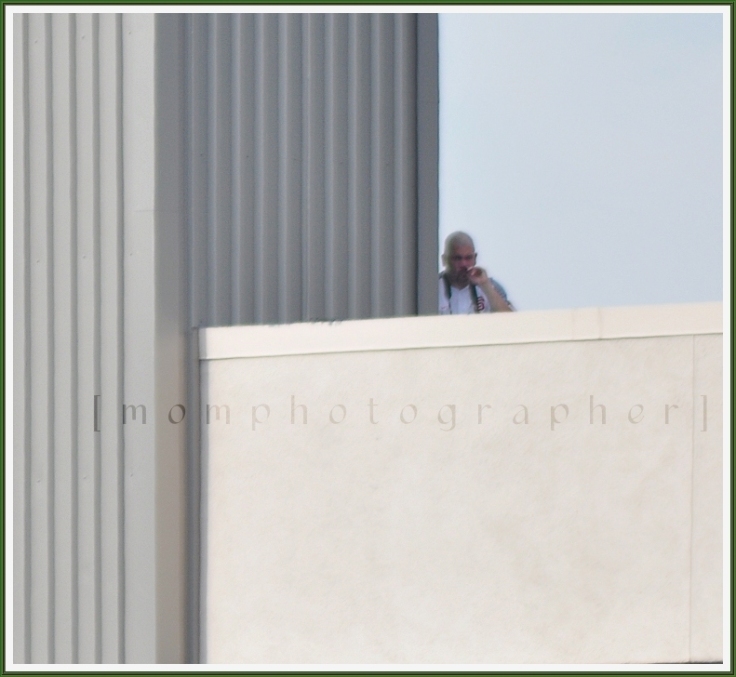 Despite all that surveillance after we left there was another shooting and one guy was killed. Close friend of Jethro Pettigrew (it was his funeral) was gunned down by another Hell’s Angels member. Police didn’t get to him.

Oh well. Only in America 🙂

WATCH THE SLIDESHOW FOR MORE PICTURES

Have a great day, everybody!

Hugs from a safe corner of my safe house (so far).

18 thoughts on “Bike ride, Hell’s Angels funeral and shooting that we missed”