Pictures you can take with your smartphone!

So, Camera 360 it’s an app for Droid… of course it’a an app for pictures taking… I wouldn be taking about it here! 😉

Courtney from Perfect Imperfection motivated me to look for some pictures apps, and to start taking more pictures with the phone. Now my husband’s phone is… hm… hard to get for him… First was Wordfeud , now photo apps 🙂 I need a phone like his!!! 😉

Camera 360 even has the HDR like effect. It’s pretty cool ! I haven’t try it outdoors only at our apartment while was dark and not enough light… It’s got a Fish Eye effect, surrealistic B&W (and in colour) Painting, Line Sketch, Negative Film, Over Exposure, Monochrome, Sepia… and OMG… many more!

This picture was taken in FOUR COLOUR POSTER mode

Pictures below were taken separately but I put them in one and added shadows. First picture from the left has Black and white visual storm effect. Second one is Back 1839 effect. Do not remember the third and fourth. 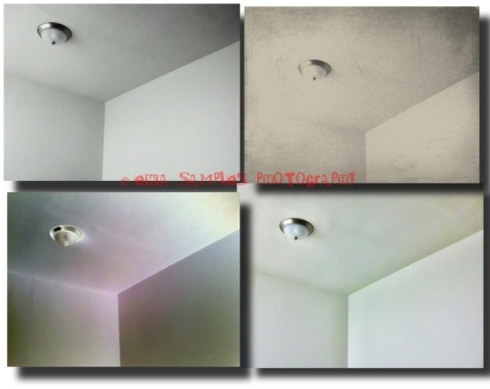 This is Black and White Visual Storm, and my husband’s hand 🙂

I hope you enjoyed my little phonocreativity 🙂

5 responses to “Pictures you can take with your smartphone!”