Mine is called BUDYŃ – and it works almost every single time. It does not work when it’s chilled, cold, or whatever different than hot, hot, hot…

I’ve tried a few that are not from Poland, and I hated it… I thought I don’t like pudding anymore until I tried it again. Polish this time… My World stopped turning. 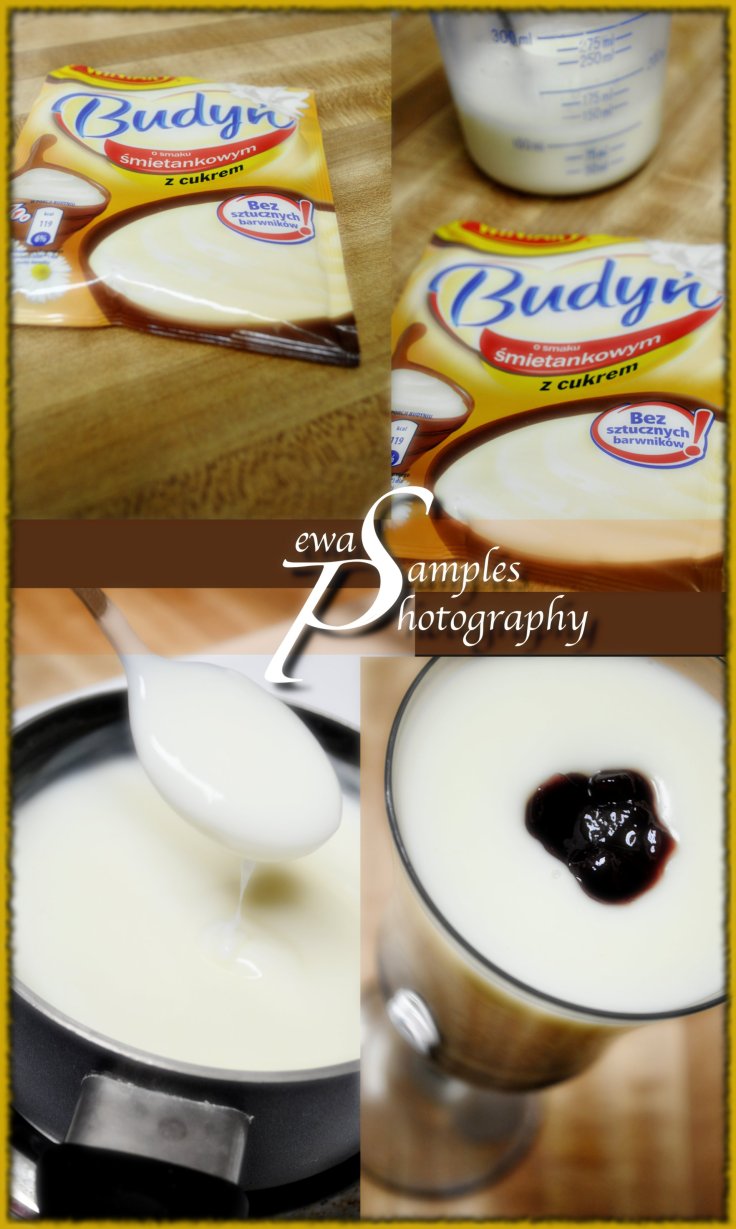 I remember my first attempt to make a pudding. The American one… I didn’t read the directions because I asummed that pudding is a pudding and you HAVE TO boil the milk first… So I did it. I boiled the milk, I added the pudding, and I started stirring… and I was stirring, and stirring, and stirring waiting for it to get thick… and it didn’t. So I took the empty package and I read the damn directions… It said: mix it with a cold milk! WHAT THE HELL!?! COLD BUDYŃ!?! YUCK!!!

My second attempt was a dissaster, too! I used a soy milk… Milk is milk, right! So, NO!

This time I did everything as it suppose to be, and it was delicious!!!

… and by the way… today is a MACRO FRIDAY: