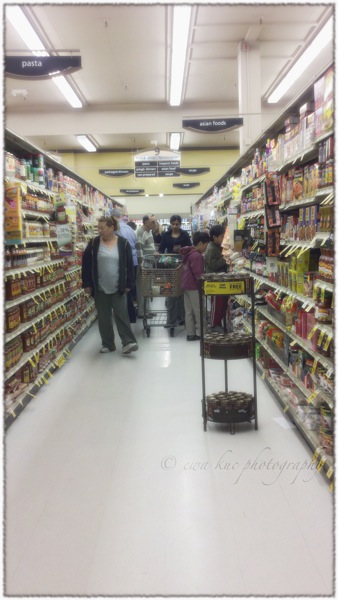 I hate going groceryshoping on holiday’s day. Especialy I hate going to the store on Christmas Eve, or even the day after…
In Poland we always make sure that we buy everything before. At least it used to be that way in my family and in my friends families when I was growing up. Right now I have no idea how people shop in Poland. I bet there is not much difference between “here and there”. Too bad.

From what I remember we have those little local stores that if you need a little bit of something you can put your shoose on and without the jacket (in the winter time) go out and get it. Not all of them are open on holidays, it depends on the owner. Could you immagine that I remember days when stores where closed on Sunday. Everywhere in Poland. Every store!!! Ah Old Good Days. In days when we can get almost everything almost immediately after we think about it I really cherish those memories from my childhood.

It’s a little bit different right now… Big stores, and the grocery markets spring up like mushrooms in Poland, people get more lazy, they have more money, and more choices to spent their money on…

People don’t pay attention to want they really want to buy before tha holidays, because they know that they will be able to get everyting in last hour.
We buy much more than we actually need, but we still forget a few things, so we can go to the store on the holiday day and buy even more unnecessary stuff. Ridiculous.

I understand if somebody forgets one thing, ok, two things, but going to the store on the Thanksgiving day for the main grocery shopping?!!?

This year I joined to the crazy mob of shoppoholics, and forgetfulness…
BUT
thanks to Jay’s phone I could be more journalistic… 🙂
No need of taking out my big ass camera and making people scared or angry. It was Thanksgiving after all, right!!! 😉

We forgot a few things and his parents wanted to get something too. But don’t count on me for going to the store on the Christmas Eve or the day after… America is Crazy!!!

It’s really not my cup of tea… Even if this one is (was):

The next thing I want to talk about is a COLD Thanksgiving dinner!!!

Actually it’s a long story. But I’ll make it short. I got scared of cooking Thanksgiving dinner for 7 people for the first time in my life. I knew my back will be killing me after all, too. So I finally said NO to this idea. I felt a little bit bad about that, but… I’ve never rosted a turkey in my entire life, I’ve never made any of these traditional dishes… actually I can make delicious cranberry sauce… That’s it.
So, it was just SAFE to go to the restaurant.

Those dishes were rising in front of me and nobody cared to take them. With the cold broccoli on top!!! Like a deliciouse dessert with a sweet cherry on top, this view was totally opposite of that. Grr…
Sometimes I regret that I’m so kind to people and I can’t be very nasty. But in that restaurant I was boiling from the inside. Metaphorically and in reality (when we got home I had 101,1 F temerature). 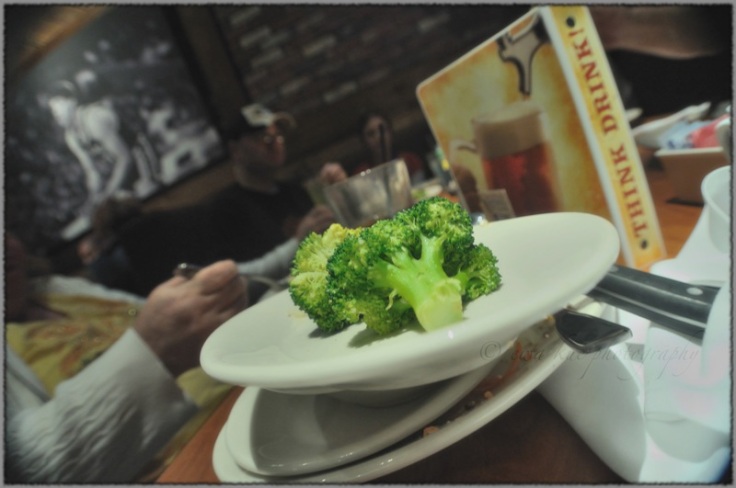 Everything was screaming for:

I asked Jay if his Thankgiving dinner was cold, and he said YES. But he was SO hungry that it didn’t matter. He said it was delicious. Maybe this is a good way to feed him from now on. To starve him first. After that he’ll eat anything without being so picky 🙂

At least I had very good tea! I wish they asked me for more hot water before we left… 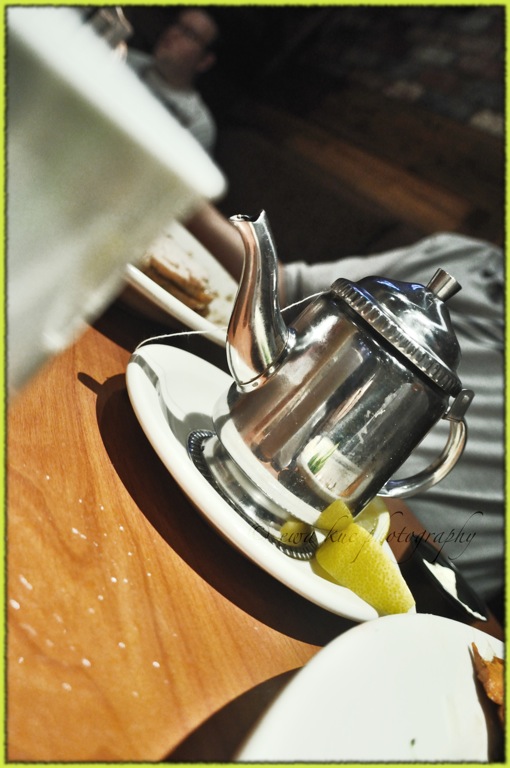